is the subject of Coming Close: Forty Essays on Philip Levine,

on Levine as teacher/mentor edited by Mari L’Esperance (2007 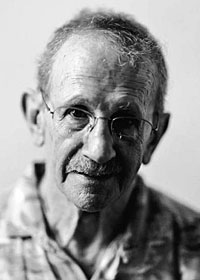 After reading this book, if you don’t have a new-found appreciation

simply beyond reach, if not repair.

[excerpt below from Kathy Fagan's essay "Homage to Mr. Levine"

“We are all of us breakable, but the unformed thing is especially

fragile. There is a tenderness to most young people. I am gentle

with my students because Mr. Levine was, in every essential way,

gentle with kme; I attend their poems with seriousness because Mr.

Levine attended to mine with seriousness. Writing of his teacher,

survive a life, much less a life of poetry. But Mr. Levine comes

close. There is only one Phil Levine: just my luck.”

[excerpt below from Dante Micheaux's essay "The Capricorn's

“As much revelry as was had that night, it could not compare to

the near sublime and fondest memory I keep of Phil. Two or three

weeks before our festivities, we were having a rather ordinary

workshop. Phil usually had an anecdote from the weekend or

earlier day, which would lead him to some recollection about

business. Yet, this night he somehow got onto William Carlos

Williams and, for a few moments, was completely gripped by

“The Sparrow.” He leaned over the table, his eyes glossy with

remembering, and began a recitation. Silence. The awe of being

in the company of a great name again. The agon, visible and

pulsating. In hindsight, those lines were Phil’s ultimate lesson:

Practical to the end,


it is the poem

a wisp of feathers

flattened to the pavement,

as if in flight,


the black estucheon of the breast

an effigy of sparrow,


a dried wafer only,

I did my best;

for more about Philip Levine

a videotaped Library of Congress reading, 2011: