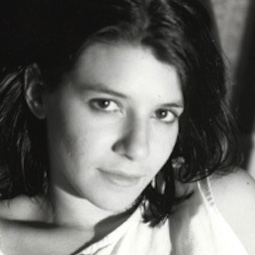 Jennifer Michael Hecht is the author of award-winning books of philosophy, history, and poetry. Her Doubt: A History (HarperCollins, 2003) demonstrates a long, strong history of religious doubt from the origins of written history to the present day, all over the world. Hecht’s The End of the Soul: Scientific Modernity, Atheism and Anthropology (Columbia University, 2003), won the Phi Beta Kappa Society’s 2004 prestigious Ralph Waldo Emerson Award “for scholarly studies that contribute significantly to interpretations of the intellectual and cultural condition of humanity.” Hecht’s first poetry book, The Next Ancient World won the Poetry Society of America’s 2002 Norma Farber First Book Award. Her most recent poetry book, Funny, won the University of Wisconsin’s 2005 Felix Pollak Poetry Prize, and Publisher’s Weekly called it ‘one of the most original and entertaining books of the year.” Her book reviews appear in The New York Times and The Washington Post. Hecht earned her Ph.D. in History and the History of Science from Columbia University in 1995. She lives in Brooklyn with her husband John, their son, Max and their new baby daughter, Jessie.