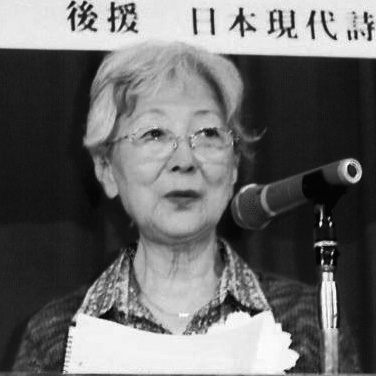 (born 1933) Soon after Takarabe Toriko was born, in Niigata, the Takarabe family emigrated to Manchuria—or Manchukuo, as it was called as a state established in the previous year, 1932, by Japan.  Following the Soviet invasion of Manchukuo and Japan’s defeat, in August 1945, all 320,000 Japanese immigrants became refugees. In the ensuing chaos and deprivation, 80,000 would perish, among them Toriko’s father and three-year-old sister. (Before his death her father had her hair cropped to make her look like a boy to prevent rape and kidnapping.) It took thirteen months for the remaining family to make it back to Japan. Her two novellas, collected in Tenpu, Meifu (Kōdansha, 2005), are careful reconstructions of her childhood in Manchuria and herself as a sudden refugee.

Takarabe published her first book of poems, Watashi ga Kodomo datta Koro (When I was a Child), in 1965. Among the books of poems she published subsequently, Saiyūki (Journey to the West), in 1984, won the Chikyū prize; Chūtei Gentō Hen (Magic Lantern in the Courtyard), in 1992, the Hanatsubaki prize; Uyū no Hito (Nonexistent Person), in 1998, the Hagiwara Sakutarō prize; and Monochro Chronos, in 2002, the prize of the Museum of Contemporary Japanese Tanka and Haiku. She translates modern Chinese poems.

Translations from the Japanese by Hiroaki Sato.