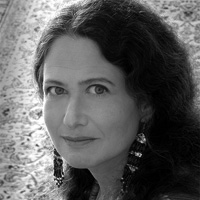 Jane Hirshfield is the author of six collections of poetry, most recently After (HarperCollins/US, Bloodaxe/UK), named a best book of 2006 by The Washington Post, The San Francisco Chronicle, and England’s Financial Times. Her work has appeared in The New Yorker, The Atlantic Monthly, The New Republic, The Times Literary Supplement, Poetry, and five editions of The Best American Poems. Her many honors include fellowships from the Guggenheim and Rockefeller foundations, the National Endowment for the Arts, and the Academy of American Poets. She is also the author of a now classic book of essays, Nine Gates: Entering the Mind of Poetry, and editor and co-translator of The Ink Dark Moon: Poems by Komachi and Shikibu, Women of the Ancient Court of Japan. A seminar devoted to her work as poet and translator took place at Waseda University in spring 2009. She lives in the San Francisco Bay Area.