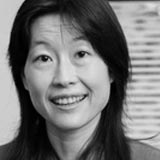 Miho Nonaka is a native of Tokyo and a bilingual poet who has taught English and Creative Writing at Eastern Illinois University and Wheaton College.  Her poetry and nonfiction have appeared in The Iowa Review, Ploughshares, Tin House, Cimarron Review, American Letters & Commentary, among others.  She received a Pushcart Prize nomination for poetry in 2007, and her work was chosen by Mark Doty to be included in Helen Burns Poetry Anthology: New Voices from the Academy of American Poets’ University & College Prizes, 1999-2008.  Most recently, a selection of her poems was published in American Odysseys: Writings by New Americans. (Dalkey Archive Press).