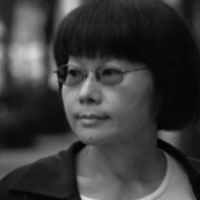 Born in 1955, Hirata Toshiko 平田俊子 is one of the most notable contemporary Japanese women poets. She has published more than ten collections of poetry, including her 1984 first collection Spring Onions Return the Favour (『ラッキョウの恩返し』) and her 1997 Banzai Prize winning Terminal（『ターミナル』）. The poems included here are taken from her poetry collection Is it Poetry?: A Poem on the Seventh Day (『詩七日』), which was awarded the twelfth annual Hagiwara Sakutarō prize in 2004. Hirata also writes novels, plays and essays, and her most recent publication is a collection of essays, entitled The Wonderful Bus (『すばらしきバス』, 2013.

Carol Hayes is a senior lecturer in Japanese language and Japanese studies at the Australian National University, Australia. She has a PhD in modern Japanese literature from the University of Sydney. Her research focuses on modern and contemporary Japanese cultural studies, literature and film.

Rina Kikuchi is an associate professor at Shiga University, Japan, where she has been teaching English language, literature and cultural studies since 2003. She has a PhD in contemporary Irish poetry, which included a period of research at Trinity College, Dublin; and an MA in comparative literary theories from University of Warwick, UK. Her research interests include comparative literature and translation studies, with a current focus on the translation of Irish poetry written in English into Japanese, and research into the modern and contemporary Japanese women’s poetry.