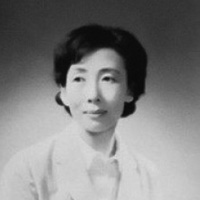 Before her death from cancer, Tada Chimako (1930-2003) was known in Japan for her sensitive, erudite, and often surreal poetry, which described the experiences of women in both the modern and premodern worlds.  She was well known in poetic circles as “an intellectual poet,” largely because of her extensive use of mythological imagery.  She published eight volumes of essays and thirteen volumes of free verse, prose poems, and poetry in traditional forms (haiku and tanka).  Moreover, she produced numerous distinguished translations of French authors including Marguerite Yourcenar, Saint-John Perse, Claude Lévi-Strauss, Julien Green, and Antonin Artaud.

Translation from the Japanese by Jeffrey Angles.